A pre-pack liquidation is a formal insolvency process that closes down an existing limited company. Simultaneously, a new company is formed (often referred to as a phoenix company), which purchases the old company’s assets. This new company can then begin to trade under a different name.

What are the advantages of a pre-pack liquidation?

There are numerous benefits to a pre-pack liquidation.

When would a pre-pack liquidation be appropriate?

Firstly, to begin a pre-pack liquidation, the limited company must be considered to be insolvent and at risk of chasing creditors. If it appears that the business could trade itself out of its current predicament, then other procedures such as refinancing or a CVA may well be more suitable. A pre-pack liquidation may be an appropriate course of action in the following circumstances:

Do I have to use a different name for the new company?

In limited situations, you may be able to reuse the company name after liquidation, or at least one that is very similar. However, there are stringent rules that must be adhered to before using the same trading name as before. If the conditions are not met, then this can lead to fines, loss of limited liability and even the prospect of a prison sentence. It is always best to seek legal advice before deciding on your new company’s name to ensure that all regulations have been complied with.

There are specific criteria the company will have to meet in order to go down this particular insolvency route. They are defined below:

Does the company have the potential to succeed?

Any company could find themselves struggling at some point thanks to a whole range of issues and unforeseen circumstances that may have occurred. This could compromise the company’s cash flow in the short-term but with a bright future still in the long-term if you could just get past this point. If your creditors are unwilling to help you through this challenging period, a CVA might be helpful, although not always as even reducing debts might not be enough to save your business. In this instance, a Pre-Pack Administration might be viable as you will be able to maintain trading whilst you are in the process of selling it on to a third party. You could even be the one running the other business, but assets will need to be sold at market value to avoid any issue. The funds generated from selling the business will enable the creditor debts to be repaid, thus alleviating the problem for the new company.

What other options are there for debt repayment?

Are the directors able to buy the company assets?

One type of Pre-Pack Liquidation is for the directors to buy back the company’s assets and re-open it under a new name (often called ‘phoenixing’). The new company would be free of past debts and can become profitable far more quickly. For this to happen, the directors must be able to prove they have the means to buy the assets at market value, and if they can, Pre-Pack Liquidation could be the best solution.

If you are considering a pre-pack liquidation for your limited company, please get in touch with the experts at 1st Business Rescue. We will guide you through the process and discuss whether this is indeed the right course of action for your business. 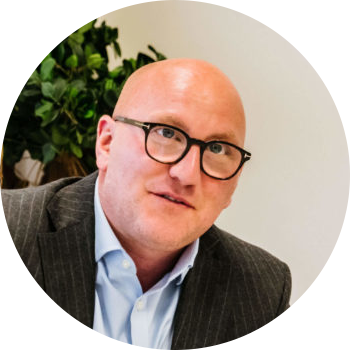 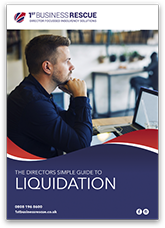 If you are a director and considering closing your company by liquidation or insolvency, you must read our free guide to discovering how to do it the right way. Simply click the button below and enter your details below to receive this free guide now: